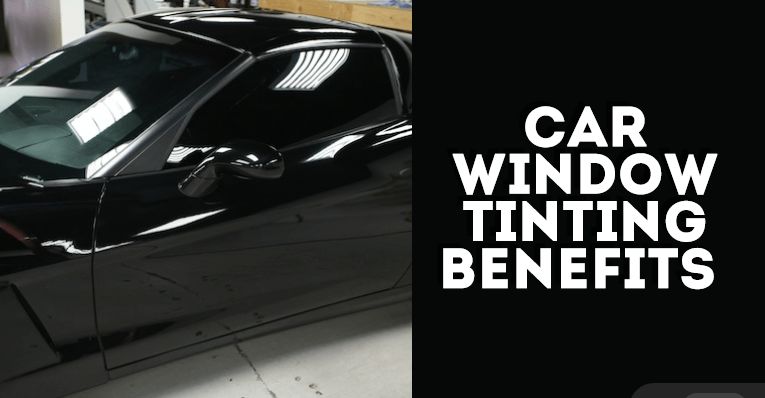 The solar film is a  tinted film whose role is to protect the car, but also the passengers against the sun’s rays. It adapts to all car models and gives it a more casual and design look. Cars with tinted windows are more and more frequent! And for good reason, the development of the installation of film on glass allows having access to this service at any time and without having to pay a colossal sum!

Benefits of a car window tints

To put a  solar film is above all to protect oneself from the external aggressions notably the UV rays. Thus, you will be able to optimize the durability of your interior and keep the color of your car seats. The tinted windows are designed to prevent your car from warming up during the hot weather while allowing you to reduce the expenses related to air conditioning. Be aware that the latter, when used constantly during the journey, increases fuel consumption.

With solar film, passenger safety is optimized especially in case of ice breeze. The installation of tinted windows is also a way to deter any theft or car-jacking. In addition to sun protection, they bring a touch of aesthetics and a youthful look to your vehicle. Having car window tints in kenya offers multiple advantages that go well beyond the aesthetic, here is an overview of the five main reasons that will make you change your mind on tinted windows:

Not only will you be able to drive quietly without being seen, but opting for glass filming allows you to leave your bags or valuables in your car without the risk of attracting thieves who cannot distinguish what is present inside your cockpit. The installation of film on glass: to avoid the discoloration of the tissues of your seats The solar film applied on your windows makes it possible to block 99% of the UV, it is thus all the fabrics, the leather and the lining of your car which are protected sun attacks. Your skin will also say thank you by suffering less from the harmful effects of UV when riding.

Film on glass for the aesthetics of your vehicle

There is a multitude of models and colors for the installation of film on glass for vehicles. This operation is quick to put in place, the film is cut to the size of your windows and the investment is very cheap. You can change the style of your car at will according to the seasons and your desires of the moment!

There is evidence that opting for a solar film on your windows reduces the heat. Ideal for the summer and in fairly warm areas where you will realize significant savings your full of gas using very little air conditioning. Guaranteed driving comfort and it’s an eco-friendly gesture for the planet!

Thanks to the installation of film on glass not only you avoid having the sun in the eyes, even if it is on the side and that your sun visor cannot protect you, but the night when a car in full lighthouse will be placed behind you, the solar film will halve the glare effect.

Optimize your safety thanks to a film installation on glass

During an ice break, an accident or an attempted break-in, having a film affixed to the glass keeps all the pieces of glass together and prevents splashing inside the cabin. The glass is stronger and will protect you more effectively from external aggression.

Why are tinted windows invented?

Contrary to popular belief, automotive tinted films were not created in order to escape the police forces. Indeed, it was originally to invent a device to obtain better insulation and better sun protection in vehicles. In addition, tinting your car windows also aimed at achieving energy savings in the use of air conditioning, as well as fuel economy, while providing an aesthetic touch to your car. Today, equipping your vehicle with tinted film has many advantages, such as a sunscreen that can reject more than 65% of the heat. In addition, the tinted film acts as a barrier, blocking up to 99% of UV rays. It even gives better security inside the cabin. Indeed, being able to retain the broken glass, it makes the robberies and aggressions much more difficult. Finally, tinted films enhance the look of your vehicle.

How to choose a solar film for car windows?

Whether it’s a black solar film or black reflective film, it aims to protect you from UV rays while traveling by car in the summer. However, it is essential to choose the density of the shade according to the location of the windows of your vehicle. For front windows, it would be better to adopt a tinted film a little clearer. Thus, you will always have a wide field of vision when driving. This also allows you to avoid the penalties of the police. The dark color is perfect for the bezel and rear windows. If your car has large windows, you can turn to dark-colored solar films. In the case of smaller windows, use clear solar films. The tinted windows can be installed by yourself. Just follow the instructions for use. You can also call in a specialist if you feel unable to put on your tinted films. Many solar film professionals offer high-end products online.